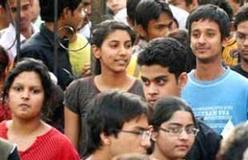 A delegation of trustees from the Gujrat state government met All India Council for Technical Education (AICTE) chairman S S Mantha for clearing the 3,800 engineering seats which were kept on hold last month.

AICTE has held back the increase of 3,800 seats in nearly 27 engineering colleges of the state. The move came following the arrest of western region’s regional officer based in Bhopal by the Central Bureau of Investigation (CBI) last month. The Bhopal office of AICTE which governs Gujarat, Madhya Pradesh and Chhattisgarh, was sealed by CBI. The decision of increasing the intake in engineering colleges of all three states has been put on hold.

“We have requested the chairman to get the investigations fast tracked and get the seats cleared before July. The admissions for the technical courses will begin by the first week of July and if the seats are cleared after that then colleges will have to wait for a year to get them filled,” said a college trustee.

The trustee said that the AICTE official has assured them that the around 2,000 seats would be cleared in a week’s time. However, after the arrest of the regional officer there were fears that the procedure of colleges’ inspection will be done all over again and admissions to engineering and pharmacy colleges might get delayed. But sources said that AICTE might also hold back the increase looking at the number of vacant engineering seats in the state.