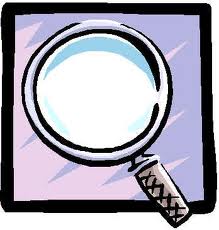 The provisions of the draft of educational tribunal bill have been asked to go for review by the subcommittee of the fee and regulatory authority of Madhya Pradesh.  The committee will start reviewing the same from June 26th, 2012.

The union ministry of human resources development has asked the states to review the provisions of the bill and file a report.

The draft bill is likely to be re-introduced in the Rajya Sabha after the feedback from the states.

Officer on special duty, fee and admission regulatory committee, Sunil Kumar said the priority would be to discuss the pros and cons of the draft bill in MP.

“Every state has its own issues. MP is becoming an educational hub but it still needs lot of development. We can’t compare our state with any other state. The sub-committee will debate about the consequences of implementing the bill in MP,” Kumar said.

The draft bill if passed by the Upper House would pave the way for establishing educational tribunals at the national and state levels to expedite adjudication of disputes in the education sector. These include disputes involving teachers and employees of higher education and other stakeholders such as students, universities (including foreign education providers) and statutory regulatory authorities.

Presently, the only option available with the teachers and students for seeking justice is the court. It is expected that the establishment of the tribunals at national and state level would help victim get justice in quick time.

Kumar said the order of the tribunal shall be treated as decree of a civil court. “If orders of the national or state tribunal are not complied with, the person shall be liable to imprisonment for a maximum of three years or with fine of upto Rs 10 lakh or with both,” Kumar said.