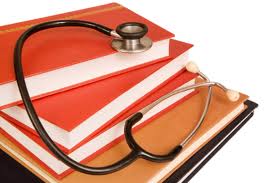 ESIC plans to set up in all eight medical colleges across the country and is ready to start at least four next year if Medical Council of India (MCI) accords all approvals, Minister for Labour and Emloyment M Mallikarjun Kharge said.

He urged all state governments to ensure establishment of a “single window agency” to grant all approvals such as fire force clearance, electricity board approval and others under one-roof to projects which are of national importance and for people welfare.

“Everybody is afraid of RTI. In the name of transparency, many development works are held up. Many officials are scared to take decisions. We should set a time frame to give clearances. Getting land allotment itself a major worry”, Kharge said.

The labour ministry has spent Rs 3,000 crore on various projects being implemented by ESIC, he said, adding another medical college would soon come up in Gulbarga, his home district.

He urged entreprenuers from the South to come forward to establish more medical colleges in the North and North-East to produce more number of doctors.

Azad said the Centre has accorded Deemed university status to National Institute of Mental Health and Neurosciences in Bangalore, a measure that would give the organisation more autonomy.

Chief Minister Jagadish Shettar promised all support to the ESIC projects and said his government has earmarked Rs 554 crore in its budget for workers’ welfare.