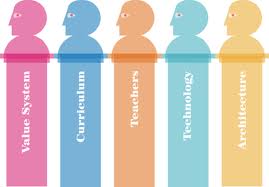 Releasing a Ministry of Human Resource Development (MHRD) Desk Calendar in New Delhi, to commemorate the 150th Birth Anniversary of Swami Vivekananda, he said it is good but not enough to give only education and skill sets to the modern youth.

Instilling a sound value system is equally crucial to a person’s rounded development. He said the recent incidents of violence against young women is a pointer to the decline in values, and only reiterates the need to strengthen the ethical foundations of society.

Pallam Raju said, Swami Vivekananda, whose 150th Birth Centenary is being celebrated this year, epitomised everything noble and character-building.

The Minister also released NBT’s Wall Calendar 2013 on the theme ‘Indigenous Voices of India’. The Calendar is a celebration of India’s unity in diversity.