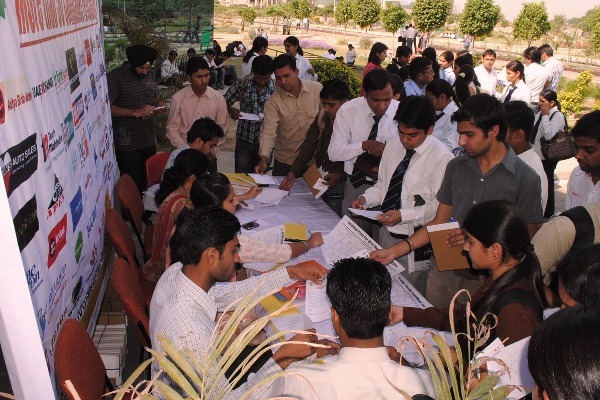 Unemployment is a situation where in the person willing to work fails to find a job that earns him/her a living. Unemployment has been considered as one of the biggest problems of India. A UN Labour report released in January reports that “Unemployment in India is projected to increase from 17.7 million last year to 17.8 million in 2017 and 18 million next year. In percentage terms, unemployment rate will remain at 3.4 per cent in 2017-18. It is impossible to imagine a better India with such a big number of unemployed youth in the country.

The reasons for this Unemployment scenario are:  high population, defective education system, excessive burden on agriculture, low productivity in agriculture sector combined with lack of alternative opportunities for agricultural worker, unskilled workforce etc. Though education level in the recent years has improved, skill development is still a crucial issue. India has the largest population of youth in the world. Around 65 per cent population of India is under the age of 35, so the impact of declining financial market and the lack of job opportunities has the worst effect in India.

Apart from the usual solutions of controlling the rising population or increasing the quality of our education to include skill based learning. Governmen should also encourage and develop Industrialisation and agriculture based industries especially in rural areas so that the rural candidates don’t migrate to the urban areas.

But the best solution to the problem of unemployment is encouraging entrepreneurship among the youth of country.  Entrepreneurs generate employments to many in a country. They also promote capital formation and employ resources leading to add the value to a specific industry. They don’t let wealth concentrate in a few hands, there is more equity in the distribution of wealth.

Since 65 per cent of the population is below 35 in age, and if this young population would get into entrepreneurship, then more than half of unemployed population of India will get employed. So, I would like to conclude that entrepreneurship not only creates wealth creating but jobs too.