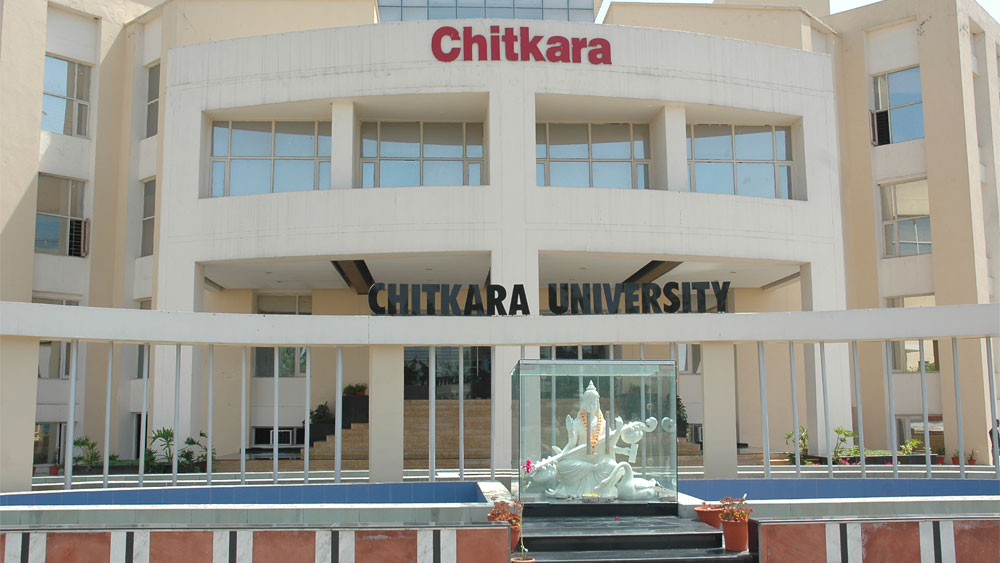 The University aims to be a globally recognised organisation encouraging academic excellence through interdisciplinary applied research and to expand realms of knowledge through innovation. In the year 2002, Chitkara Educational Trust founded its Punjab campus and Chitkara University was established by the Punjab State Legislature under “The Chitkara University Act” in the year 2010. Being one of the best universities in Punjab, it is recognised by the government with the right to confer degrees as per the Sections 2(f) and 22(1) of the UGC Act, 1956. Presently, it has more than 13,000 students and 800 faculty members. The university has a sprawling campus of 65 plus acres of land with 40 percent of green landscaping. It has world class laboratories with ICT facilities.

Unveiling the Path to Research, Education, and Innovation

The prime motive of Chitkara is to carry out the academic process for achieving excellence through active teacher–student–industry participation. It marches ahead with the objective of inculcating high moral, ethical, and professional standards amongst the students, and contributing to building a skillful society.

Chitkara University Research & Innovation Network (CURIN) provides huge innovation and research opportunities for the faculties in terms of many flagship programs, patents and copyrights, various consultancy projects, conferences, workshops, seminars, extension lecture, leadership excellence awards and recognition, and so on. Nearly 200 patents filed by the university speak volumes of its success in research space. They are strong in creating start up opportunities for their students through Centre of Entrepreneurship Education Development. Currently, more than 100 student startups are operational and the university is very rigorously building ecosystem for budding entrepreneurs.

“Explore Your Potential” is the tagline of the university. They employ a group of talented faculty which includes academic scholars, experts who advise top Indian corporations, and the authors of important texts in technology and business. The university also has faculty who develop fresh approaches in labor relations, information management, human resources, and many other fields. Chitkara organises Global Week every year in which more than 75 accomplished, eminent, and distinguished faculty from around 22 countries, across 53 universities from six continents conduct educational sessions for more than 3000 students.

Chitkara has produced around 30,000 graduates who have been successful at various walks of life and are very well settled across the globe. Pranav Arya(ME Batch 2002) is a pilot for the President of India and Shivum of CSE Batch 2003 is a MiG Fighter Pilot. Amandeep Singh Sidhu (ME Batch 2002) is 2nd Lead at Amazon in California. Ushank Khanna(CSE Batch 2003) is working in the New York Stock Exchange. JaiveerBawa(Batch 2009 CSPA) is working with CENTRUS and is a visionary architect and project manager for the Parliament Hill Rehabilitation project which is currently the world’s largest rehabilitation and heritage restoration project ever undertaken. Gunraj(CSE Batch 2011) is working with Google. Gunveen Kaur(CSE Batch 2003) is HCL Lead and Hema Nagpal (CSE Batch 2011) is working with Toshiba,a Japanese multinational conglomerate headquartered in Tokyo.

Throughout its illustrious journey of delivering excellent academic and career opportunities, Chitkara University has achieved numerous milestones. It has collaborations with more than 150 universities around the globe. Some of the notable achievements of the university include:

“Introduction of internet in learning was a pivotal moment”

Technology: the pen and paper of our times