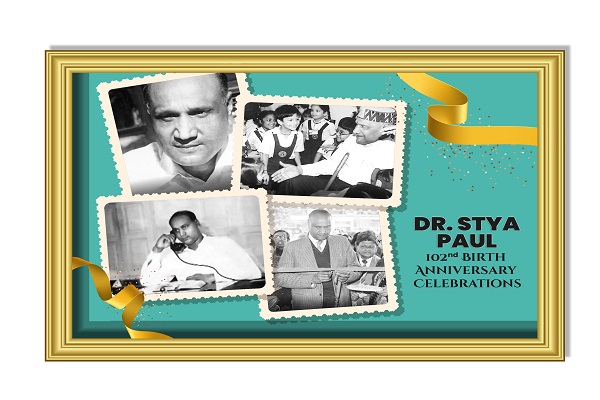 Mega virtual celebration of the visionary with a mission

October, New Delhi: The Apeejay Stya family recently commemorated the 102nd Birth Anniversary of Dr Stya Paul – a visionary, eminent industrialist, educationist, philanthropist, freedom fighter and inspiration behind the Apeejay Stya and Svran Group, in a virtual mega celebration. It paid obeisance to the indomitable spirit of ‘an ordinary man who rose to extraordinary heights’ and the values he stood for.

Shri Suhas Yathiraj, IAS, District Magistrate, Gautam Budh Nagar, who has done the entire nation proud by recently winning the Silver Medal at the Tokyo Paralympics 2020 was the esteemed Chief Guest for the occasion. Musician par excellence Shri Hari haran mesmerised the audience in a virtual music concert held on the occasion.

Speaking on the occasion, Mrs Sushma Paul Berlia, President, Apeejay Stya Group and Svran Group said, “Dr Stya Paul was born an ordinary man, but a man who rose to extraordinary heights. The reason that we want to celebrate his life is to commemorate, to remember, to be inspired by and to take forward all that he stood for and exemplified in his life”. She added, “Even those of us who think we are fully abled are actually differently abled or disabled in different ways. The real ability comes from making the most of what we have.” 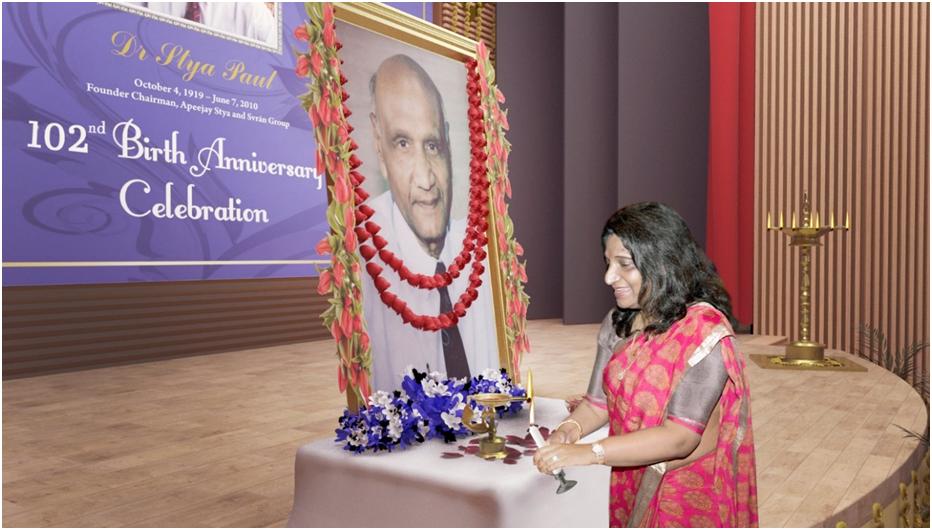 Dr Stya Paul’s legacy of excellence is being carried forward by his daughter and only child, Mrs Sushma Paul Berlia along with the next generation, comprising her two sons – Mr Nishant and Mr Aditya Berlia and daughter Dr Neha Berlia. Mrs Sushma Paul Berlia is a leading woman entrepreneur and educationist of the country who has made outstanding contributions to industry and education. Among her numerous achievements, Mrs Sushma Paul Berlia happens to be the first woman to lead a multi-state apex chamber of commerce in India, has been felicitated by the Skill Tree Knowledge Consortium at the House of Commons, London, for her contribution to Indian Education and Industry and was recently honoured as a Covid Warrior by the Rotary Club of Delhi Premier. 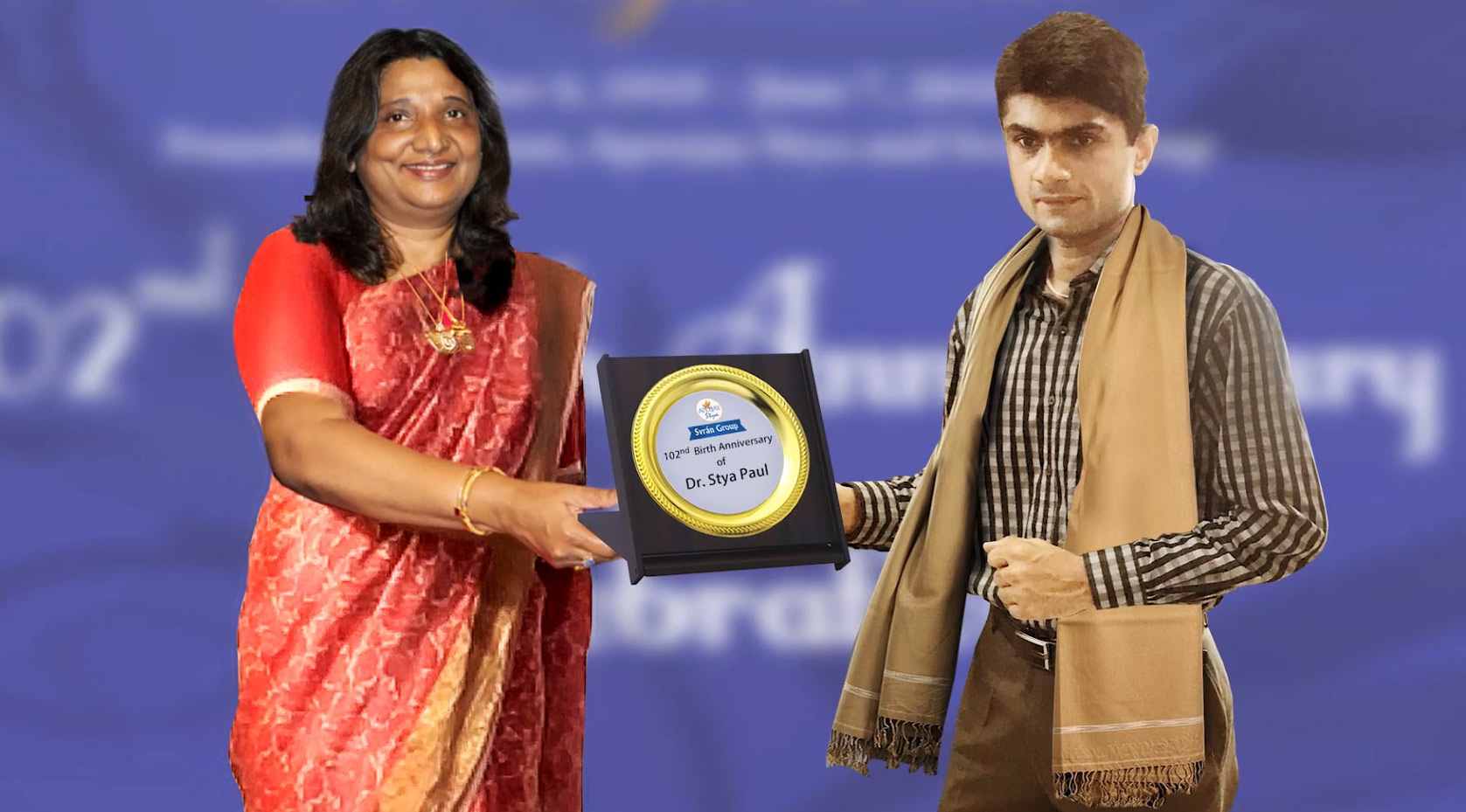 Mrs Sushma Paul Berlia, paid a rich tribute to her father, Dr Stya Paul while remembering the fascinating journey of his life from humble beginnings to the pinnacle of success and glory, despite many challenges including a physical one. Mrs Berlia also said that a lesson that we can learn from Dr Stya Paul’s life is that each one has the potential within us to become the grandest versions of who we are. 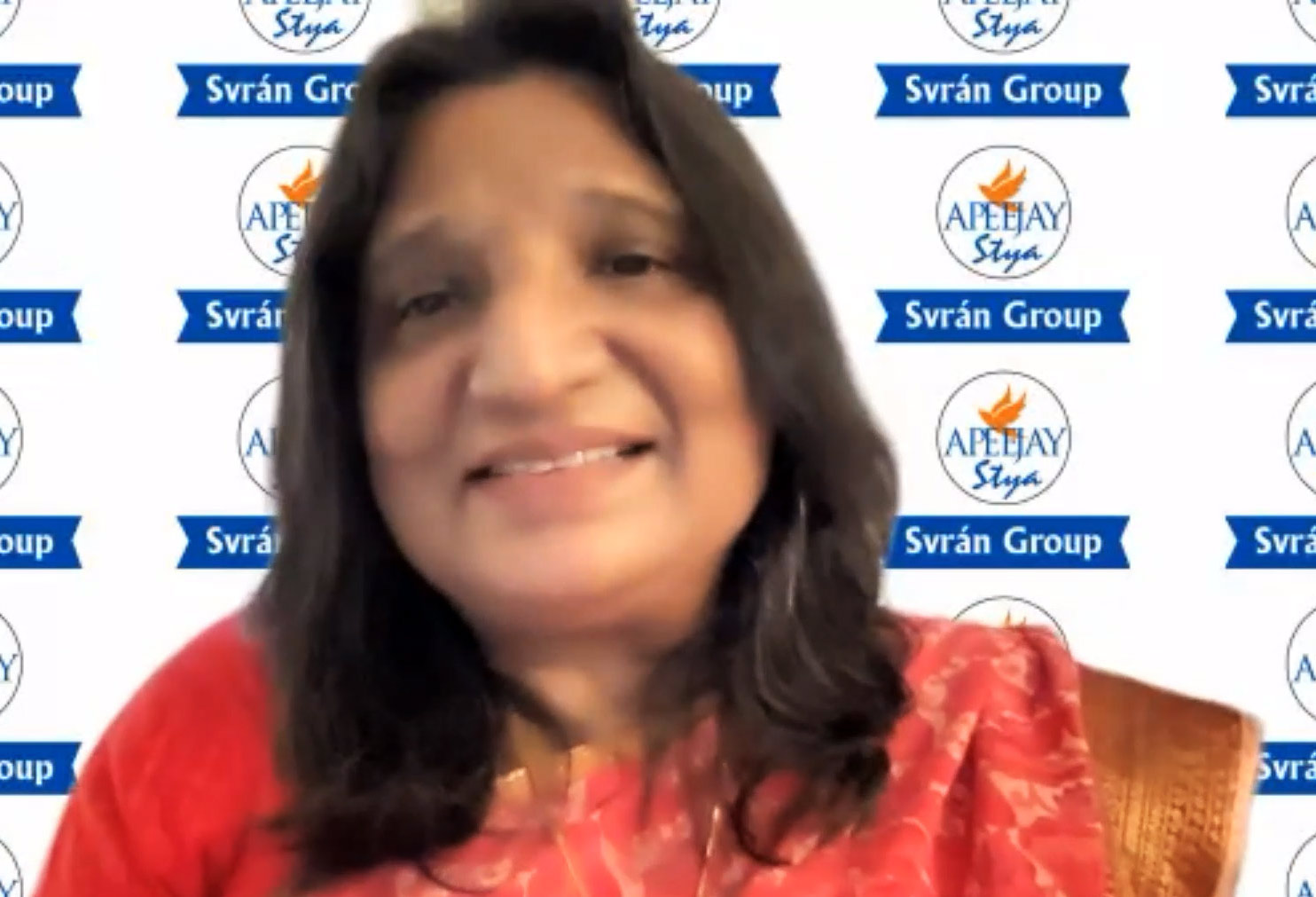 Applauding Shri Suhas L. Yathiraj for his stupendous achievements, Mrs Berlia said, “Despite the kind of challenges that you faced, you are leading in every way possible and giving your best. The dedication, the determination that you have put in into everything that you have been doing for the last few years is indeed inspiring. You have shown that it is not necessary to only focus on academics but what matters is the dedication and determination to make the most of the God-given potential.”

Shri Suhas L. Yathiraj said, “Seeing the kind of work Dr. Stya Paul has put in, I think he is a legend.” In an inspiring address, which motivated thousands of Apeejay Students, Shri Yathiraj said, “If you really want something in your life, you should work for it, put your heart and soul into it, then destiny will conspire to give you that thing.” He added that instead of lamenting what we do not have in life, it is important to focus on making the most of what we have to actualise our true potential. 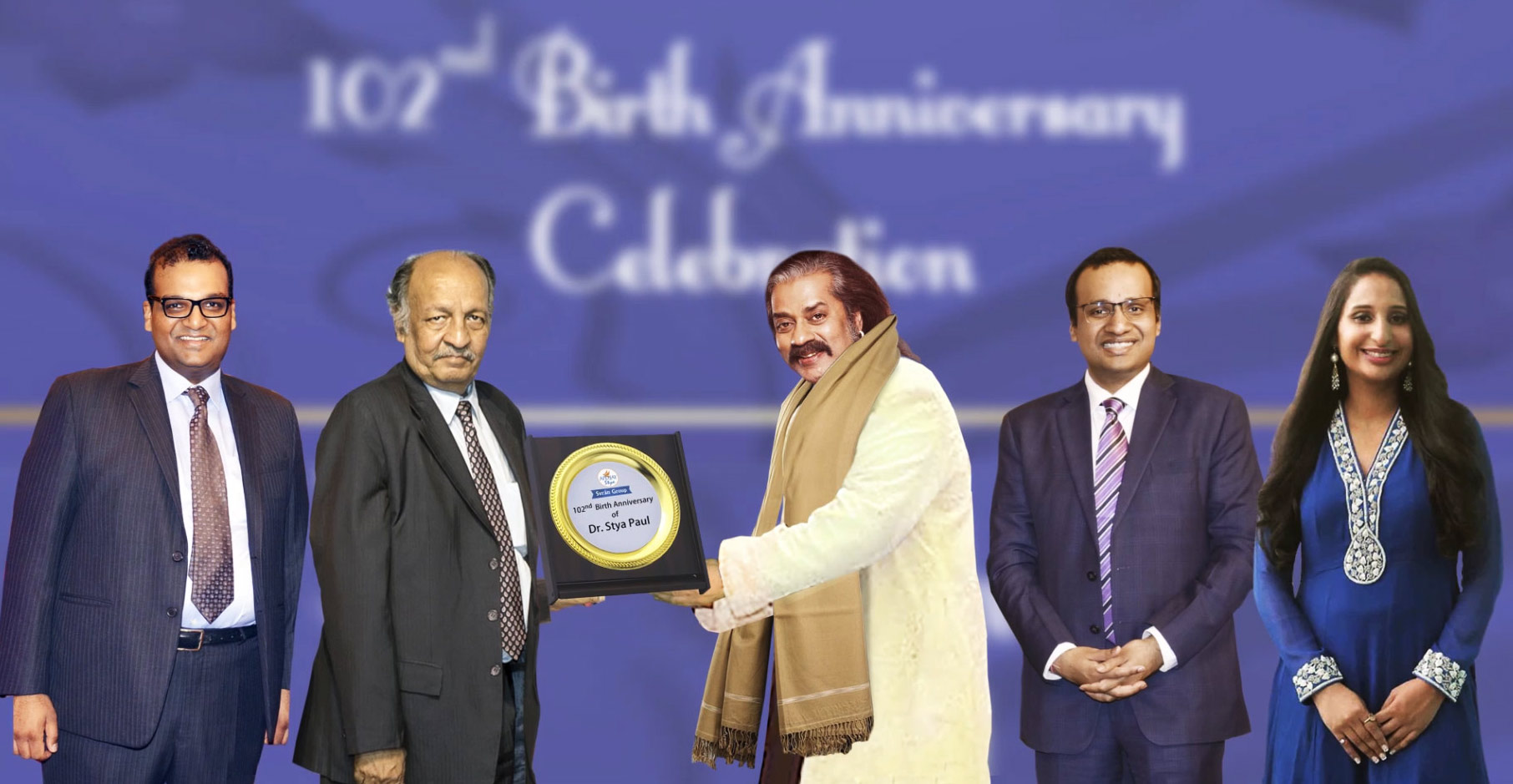 All the students who have received the “Dr Stya Paul Award for Human Values” for the session 2021-22, were also applauded at the function. This prestigious award is presented each year on Founder’s Day to select students for imbibing core human values and diligently practising them in life through their actions, behaviour and conduct.

The grand finale of the event was a scintillating virtual concert by Shri Hariharan that included a series of popular numbers sung by the acclaimed musician. The soul-stirring songs by music maestro Shri Hariharan, comprised Bhajans, ghazals and some of his famous film songs.

As a token of their appreciation, the musical virtuoso was felicitated by Dr Stya Paul’s son-in-law, Mr Vijay Berlia, grandsons – Mr Nishant and Aditya Berlia and granddaughter Dr. Neha Berlia. The mega online event was attended by thousands of viewers globally, including eminent dignitaries and Apeejayites.

About Apeejay Stya and Svran Group: Apeejay Stya Group and Svran Group is one of India’s most respected business conglomerates and comprises diverse businesses with global footprints. It nurtures and manifests its social commitment through the more than 50 year old Apeejay Education which runs 24 educational institutions across India.