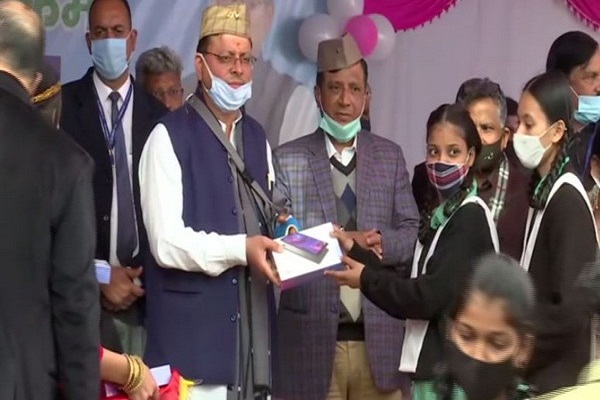 The Uttarakhand Chief Minister Shri Pushkar Singh Dhami launched the Free Mobile and Tablet Distribution scheme on Saturday. He gave 100 mobiles and tablets to selected students at a small ceremony held at the Government Girl Inter College at Rajpur Road.

Speaking on the occasion, the CM said that an amount of Rs 12,000 is being provided to students through direct benefit transfer (DBT). So far, over 1.59 lakh students of classes 10th and 12th of government schools have been benefited. Amid the pandemic, school and college education is taking place online and the students who couldn’t afford a tablet, smartphone or a laptop are being given free mobiles and tablets to ensure that they don’t miss out on their classes.