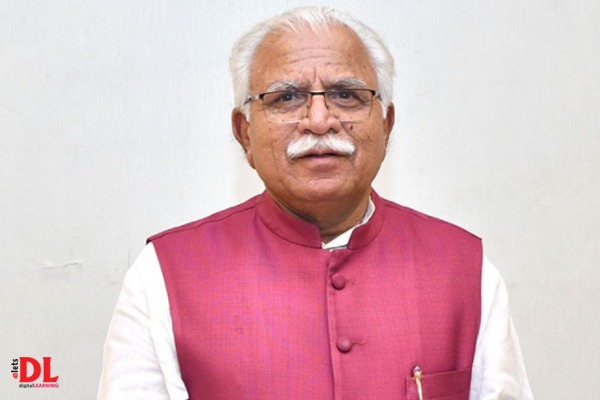 Giving a boost to skill based education, the Chief Minister of Haryana Manohar Lal Khattar made an announcement that skill development will be made a compulsory subject in schools from classes 9 to 12. The subject will teach the youth to be self-reliant in all aspects.

Khattar was addressing an event at the Haryana School Education Board campus in Bhiwani. He emphasized that the government of Haryana has been making efforts to provide quality and employable educational facilities to the students of the state.

Khattar said in today’s era, skill universities are the need of the hour and the state government has set up Haryana’s first such university in Palwal. He added that the National Education Policy (NEP) 2020 was going to bring revolutionary changes.

Further in an official statement the CM said “In this policy, along with education and employment, the main goal is to make the students cultured and self-reliant, so that they make significant contributions in making India a global leader again. Along with technical education, emphasis was being laid on artificial intelligence to make education industry-oriented.”

He added, “The subject of skill development will be implemented compulsorily from classes 9 to 12 so that the youth of the state are self-reliant in all aspects.”

Later, Khattar inaugurated astronomy labs at Government Model Sanskriti Senior Secondary School and the Government Girls Senior Secondary School in Bhiwani. Addressing the students, he said, “Generally, children studying in government schools are confined to the general curriculum. With the setting up of these labs, children belonging to the poorest of the poor families will be able to learn about the mysteries of the universe.”