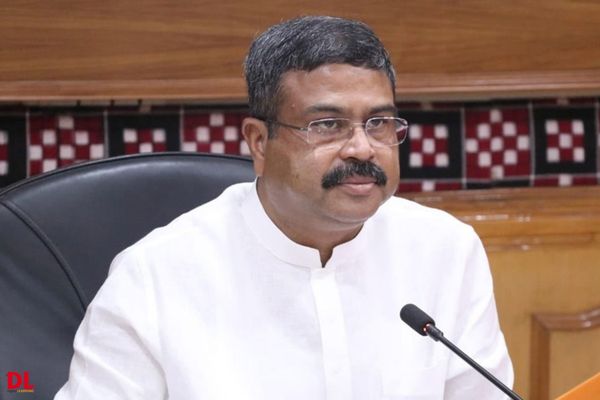 The National Education Policy (NEP), more than being an academic document, embodies a philosophical approach with its emphasis on character building and discovery of innate potential in students, said Union Education and Skill Development Minister Dharmendra Pradhan on Sunday.

‘Meeting the challenges in schools: Towards Atmanirbhar Bharat’, Mr. Pradhan said one of the fundamental ideas of NEP 2020 is to impart moral and ethical values in each learner, on inaugurating the three-day 12th international conference of the Indian School Psychology Association (InSPA).

“The attributes such as selfless service, non-violence, and cleanliness are the tenets on which NEP will make education more student-centric and vibrant,” said the Minister.

He pointed out that the NEP, which was now in its third year, encapsulates the ideals of Sri Aurobindo’s ‘integral education’, Pujya Bapu’s ‘Nayi Talim’ and Swami Vivekananda’s principles of education as a transformative catalyst for socio-economic change.

“Education and psychology are inter-related. We have to understand the psychology of each learner to make learning and skilling a life-long process,” Mr. Pradhan said.

Noting that he was happy that InSPA was deliberating on this topic, the Minister suggested that going forward this forum should be renamed as Indian Student Psychology Association as learning is a lifelong process. “In this era of disruptive change we have to embrace and adopt new education models as well as re-skill and up-skill,” he further said.

Pointing to the integral education model of Sri Aurobindo, Mr. Pradhan said it was important to know and understand the psychology of students right from an early age. “If education is the essence of a civilised society, then understanding psychology is the basic essence of education,” he said.

“India has a lot to offer to the world. We have to create a global model. NEP 2020 will create global citizens of the 21st century who will be committed to humanity’s welfare,” he said.