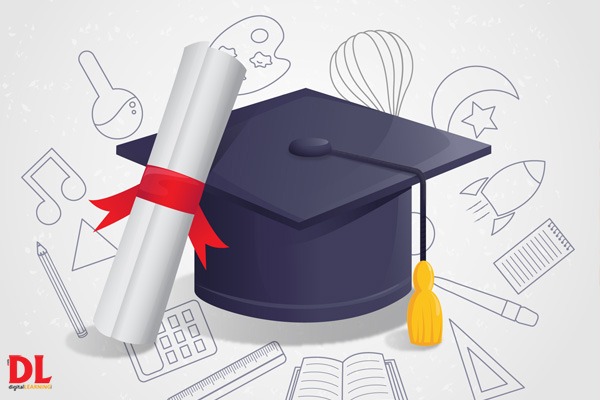 Tamil Nadu’s system of indigenous education has always been held in high regard and documented by multiple historians for its curriculum and pedagogic strategies. It is not limited to peer learning, but also encourages the use of memory as a modality of knowledge, and problem solving through the creation of riddles. The survey of indigenous education in the Madras Presidency 1822-26, was one such documentation.

Till 1813, the East India Company refrained from investing in the development of indigenous education but subsequently, after the Charter Act of 1813, they began to invest in indigenous as well as English-oriented education. They realised if they wished to rule for a longer time, they needed to know about local traditions, cultures, or languages. So that they could effectively rule the country. Thomas Munro, the erstwhile Governor of Madras, institutionalised state education by establishing the Board of Public Instruction in 1826. The newly designed rules and regulations significantly altered the nature of the curriculum, pedagogy, teaching learning material, and role of teachers that were unique to the indigenous education system of Tamil Nadu.

With 59 Universities out of which 18 featured in the top 100 NIRF rankings, Tamil Nadu has been developed as an education hub in the country for higher education. Every year, students from across the country come to Tamil Nadu to pursue various degrees, especially in Engineering, Medical and Management. IIT Madras, Christian Medical College Vellore, NIT Trichy, Loyola College, Presidency College, Asian College of Journalism, and SRM Institute of Science and Technology among others have blessed the state with its unique offerings. Having consecutively topped the NIRF Ranking in the last 4 years, IIT Madras has given the state another reason to be considered the best Indian state in terms of providing quality education.

Today, Tamil Nadu is India’s one of the most literate states. It enjoys the privilege of being one of the most developed states in the country in the field of higher education. The literacy rate of the state is 80.09 per cent as per the 2011 Census of India, which is above the national average. The government of Tamil Nadu has been making substantial investments in education over the years and has brought several key policies and programs to further uplift the status of higher education in India. As per the All India Survey on Higher Education- (AISHE) 2019-20 report, Tamil Nadu’s Gross Enrollment Ratio (GER) has reached the 50 per cent mark — nearly double the country’s overall GER. The state has been repeatedly featured on the top list of the AISHE report.

Recently, the Government of Tamil Nadu launched Tamil Nadu Higher Education Assurance Scheme with the objective of increasing the girls’ GER in higher education. Through this scheme, all those girls who study in government schools will be provided with a monthly deposit of Rs 1000 in order to encourage and help them to pursue higher education. With an outlay of 698 crores for the implementation of this project, around 6 lacs girls will be benefited from this scheme.

Education has always been an integral part of Tamil Nadu. The knowledge fame and wisdom rich Sangam literature of ancient Tamil Nadu is a testimony to the same. It portrays the education status of its time with remarkable vividness. From Thiruvalluvar’s Tirukkural to Elango Adigal’s Silappathigaram, Manimegalai by Sittalai Sattanar to Tolkappiyam by Tolkappiyar, these sagacious writers and authors supplemented the great Sangam literature with their text. Their contagious knowledge found greater expression in the writings of the medieval era of Tamil society. Mahendravarman composed Mattavilasa Prahasnam to Amoghvarsha’s Kavirajamarga, Sivakasintamani by Thiruthakkadevar, to Amukthamalyadha by Krishna Dev Raya; these works of literature of the medieval period shows the way forward to the indigenously developed and flourishing education of the Tamil society.

The state of Tamil Nadu has always followed an idiosyncratic path while developing its social, cultural, and political economy. From giving 69 per cent reservation to the backward people of the state as against the national mandate of 50 per cent to the persistent vigour of following its own approach in administering medical education and exams, the state has always tried to break the glass ceilings wherever existed. And, its reservation policy has been kept in the 9th schedule of the constitution, which protects any laws from judicial scrutiny.

Last year, the Tamil Nadu government passed a bill with the aim to exempt the state from the requirement of the National Eligibility Cum Entrance Test for admitting students into the state’s medical college. The bill proceeds on the assumption that medical college admission will come under a concurrent list (entry 25 of list 3) and therefore, the state can also enact a law regarding admission and amend any central laws or admission procedures. Tamil Nadu proposed that the state has invested heavily in medical education and infrastructure and aims to afford easy access to weaker sections. This has so far preserved the efficiency of its health care system. The bill which was formulated on the recommendation of A K Rajan Committee, awaits presidential assent.

To Tamil Nadu’s disarray, NEET has become the only means of gaining admission to medical institutions, including private colleges, after the Supreme Court’s categorical view that tests like NEET or IIT JEE alone could help maintain the standards.

Promoting academic excellence through curriculum reforms and faculty training across higher education institutions (HEIs) in Tamil Nadu has always been a focus area of the state government. With the aim to internationalise HEIs in the state, the state government has taken many initiatives and policies in this regard. Recently, it partnered with British Council to enhance English communication skills and teaching methodology in the state. This Operational Alliance Agreement (OAA) will be a new addition to British Council’s work Towards setting standards in quality of teaching and communication in Tamil Nadu. The British Council and Tamil Nadu have successfully collaborated over the past 12 years and enhanced their core competencies and areas of mutual interest. Tamil Nadu’s government has renewed emphasis on capacity building in higher education, through its unique initiative, dedication, commitment and management. It is consistently excelling in both the number of students enrolling for higher education as well as the quality of education.

With time, Tamil Nadu will continue to show the light and lead India in terms of knowledge and wisdom. Also, will address the aspirational goal of 21st-century education where innovation and creativity in learning take centre stage, which has already been outlined in the National Education Policy 2020.