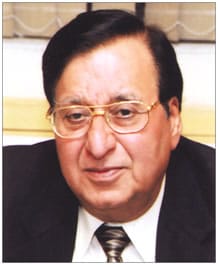 The Union Ministry of Human Resource Development (HRD) has set up a four-member committee to review the current status of the University Grants Commission (UGC).

As per the decision taken on August 3, Hari Gautam, former chairman of UGC, will head the committee. Other members of the committee will include C M Jariwala, former dean of law, Banaras Hindu University, Kapil Kapoor, former Pro-Vice Chancellor of Jawaharlal Nehru University and R P Sisodia, Joint Secretary, Higher Education, HRD, who will be the member secretary of the committee.

The committee has been given a mandate to review 14 items. These include evaluation of the performance of UGC in coordinating and determining standards of education in universities and conducting an audit of its regulatory reach and identifying strengths and weaknesses in this aspect.

The report has to be submitted in six months time with suggestions from the committee to reform the panel and perform better to meet the desired objectives.