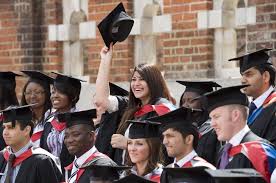 Scholarships to UK universities for students from India have risen by 50 per cent this year. In October 2014-15, the total scholarships to Indian students amounted to nearly 1.5 million pounds, according to senior British embassy officials.

According to Joshi, the scholarships were for those students who aspire to pursue undergraduate and post-graduate courses in the United Kingdom. Contrary to the rise in scholarships though, Joshi pointed out that as far as education visas were concerned there had been a ‘general dip’ in almost all visas except for Business.

“Visas, including education, have seen a general dip this year, except for business,” he pointed out.

In fact, Business visas to the UK have actually risen by 12 per cent this year compared to the previous one.  Figures given were for the October 2013-September 2014. Visa applications have also seen a 91 per cent approval rating, he said. “Ninety one per cent of applications seeking visas are approved and the rest are not for reasons including lack of requisite documentation,” he said.

Trade has also seen a marked improvement and according to Joshi, there are expectations that growth would be better than what has been seen so far. Total trade was around 15.6 billion pounds so far this fiscal.

Joshi also announced that more joint ventures between British and Indian companies would be a good thing and that he was a ‘fan’ of them. “The renewable energy sector holds huge potential for bilateral ties and both TN and Gujarat have immense opportunities as far as this is concerned,” he said.

British telecommunications giant Lyca is also expected to enter the Indian market by June next year in the medical diagnostics sector.