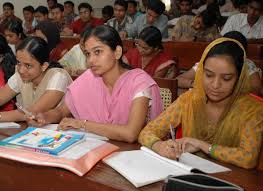 Former Press Council of India Chairman Justice (Retd) Markandey Katju bemoaned about the abysmally low quality of research work carried out by most Indian universities and about rampant “plagiarism”, which, he said, is raising disturbing questions regarding the present status of higher education in the country.

Delivering the keynote address at the inaugural session of the North Zone Vice Chancellors’ conclave in Aligarh, Katju said a huge amount of money was being spent on higher education, but this investment was making no contribution in raising the standard of living of Indian masses. “The time has arrived to re-evaluate the functioning of our institutions of higher education so that they can benefit all sections of Indian people,” he said.

“Most of the money spent in India is going to institutions of higher education like IITs and as a result there is hardly any money available for primary and basic education, particularly in rural areas. The level of facilities in primary schools is reflected in the pathetic level of classrooms, and working conditions of teachers,” he said. Katju felt that the theme of the conclave – ‘Research for the betterment of the human society’ – was very pertinent as most of the present research in Indian universities was being conducted on subjects which have “no relevance whatsoever to the myriad social, economic, scientific and technological issues faced by the country”.

AMU Vice Chancellor, Lt Gen (retd) Zameer Uddin Shah urged Indian universities to take up the challenge of research work in important fields of “water conservation technology, waste water treatment and solar farming”. He said that the AMU had recently written to the Prime Minister offering its expertise in the vital field of “conservation and preservation of Indian rivers, especially the rivers Ganga and Yamuna”.