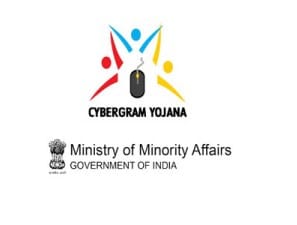 A total of 1,44,034 lakh students from the minority community have registered for basic computer training till June 30, 2016, under the Cyber Gram Yojana scheme in West Bengal, Tripura, and Rajasthan. These students will be undergoing training at their own educational institutions.
Of the registered students, 1,18,967 have completed their training in the three project States and 53,891 have appeared for the assessment, which is conducted through NIELET.
Cyber Gram Yojana is part of the Multi-Sectoral Development Programme (MsDP) under the Ministry of Minority Affairs, Government of India. CSC SPV has been engaged as the national implementing agency for the Scheme. The Scheme initially began in West Bengal and was later on scaled to Tripura (February 2015) and Rajasthan (September 2015) and is being implemented in a total of 24 districts in the three States.