The Patna High Court has ordered the Bihar School Examination Board to give “one mark” for an unchecked answer in Hindi paper of a girl, who secured second position in the State in matriculation examination last year.

The decision is given by a bench of Justice Chakradhari Sharan Singh that also slapped a fine of Rs five lakh on the Board, “which, instead of fairly accepting the claim of petitioner had chosen to invite a verdict from the court”.

Bhavya Kumari, a resident of Begusarai district and alumni of a girls’ residential school at Simultala in Jamui filed a plea in this regard after which the bench passed the order. She secured 460 marks out of 500 in the examination, the results of which had been declared in June 2017.

The girl filed his plea in the court after perusing her answer scripts secured through a transparency plea under the Right to Information Act.

The girl had claimed under-evaluation of her Hindi, Sanskrit and Social Sciences papers, seeking a direction to the Board for their re-evaluation, but the court made it clear that it would not interfere with the correctness of the experts’ decision in evaluating the paper. 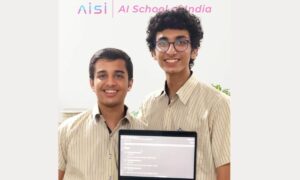