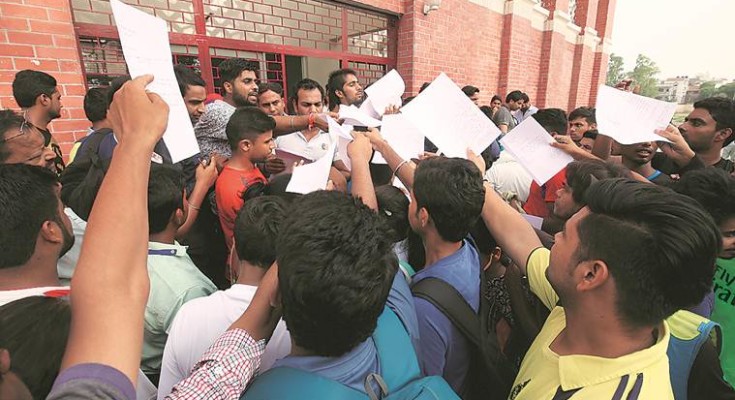 In an utter surprise, the admissions process of Delhi University has been postponed this year irrespective of the fact that the results of state and central board exams have been declared much earlier, than the previous year.

Notably, the High Court had directed the boards to schedule the examination and results in such a manner that it will allow sufficient time to students to appear for admission in central universities, especially the University of Delhi.

Earlier, there were reports that the admission will begin by April-end, and then it was postponed for May 21. However, on May 24, the Delhi University is yet to decide on the date to kick-start the application process.

The foremost reason behind the delay, as explained by a varsity official, is that the Delhi University is trying to incorporate new tech-based initiatives for making the varsity’s admissions process smoother for students.

One of these initiatives is the ‘online calculator’, which will be added on DU admissions portal and mobile-applications. It will calculate and inform students about their best score for the subjects they are applying for, thereby eliminating the confusion among students about selecting the best of four.

On the other hand, DU has asked the National Testing Agency (NTA) to conduct the online entrance exams for admission to Delhi University. The NTA has given its nod to the proposal and the DU academic council is expected to set the guidelines for the entrance exam now. However, there are internal rifts in the university that might delay the process further.

Besides, there are some new admission rules which are to be implemented from this year onwards. One of the major changes is that University is planning to give extra benefits to students belonging to rural areas, in term of relaxation in pass percentage. Though, the final verdict is yet to come.

All these reasons combined are responsible for the evident delay in the Delhi University admission process. Last year, the admissions began from May 15 but now in the third week of May, the dates are not even decided.