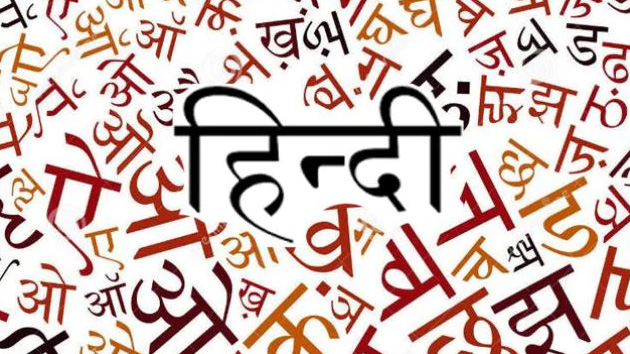 Hindi’s stature as a language that connects a majority of people in India has also taken a toll. Globalization has opened up a lot of opportunities and English has come to be the most important language of the century, observes Mohit Bansal, Founder and CEO, iChamp.

With around half a billion native speakers, Hindi is one of the most widely spoken languages in the world. Even though it is quite common in North India, a large section of the population can speak it well but find it difficult to write in it. This stands true for kids as well, most children today speak in Hindi with their friends and at home but when it comes to writing in the language, it becomes surprisingly hard to pen down words and expressions. It is a pain-area for parents also, because they find it challenging to teach the language to their kids and search for Hindi tutors. A survey conducted by iChamp also showed that Hindi is a big challenge for students in metros.

Hindi-speaking masses are looked down upon owing to a rather unpopular opinion that it signifies a sense of backwardness while English gives a sense of superiority and high-class. But that shouldn’t stop us from learning a language that has historical and cultural roots in our country and helps us connect with most of them.

Script is different from most Western languages

The Hindi script appears similar to the Arabic style of writing and is often considered difficult because the characters are quite unique, and kids require some time and practice to master their strokes and lines unlike the English alphabet.

Many kids complain about Hindi grammar as it is confusing for them because they are learning English also. In English, they learn the format SVO (Subject+Verb+Object) while in Hindi it is SOV (Subject+Object+Verb) and the gender usage in Hindi requires extra efforts as well. One of the biggest reasons is that parents themselves have forgotten Hindi grammar and are not capable of teaching kids. This leads to kids not being very comfortable with Hindi from a very early age itself.

Reading is now limited to English

Reading in Hindi has also gone down substantially. In a typical middle class family in urban india, from newspaper to magazines, hoardings on roads, signage on top of shops – everything is in English. Kids are not exposed to hindi at all in their day to day life.

Hindi may be India’s most widely spoken language, but the language of the government and business is resolutely English. Parents often emphasize more on English as they think their kids would do better in life if they become fluent in the global language early. Another reason is that Hindi speaking people are often looked at as inferior and English has come to denote class and elitism which is why most urban parents want their kids to speak in English even at home and when communicating with them.

Hindi is not “cool” anymore, as far as the younger generation is concerned, Hinglish is considered a more viable option.

We should understand that in today’s time, being multilingual is more beneficial. Research has shown that learning multiple languages challenges the brain and improves cognitive and social-emotional development. This is why there is a need to emphasize and focus on other languages including Hindi for your kids.