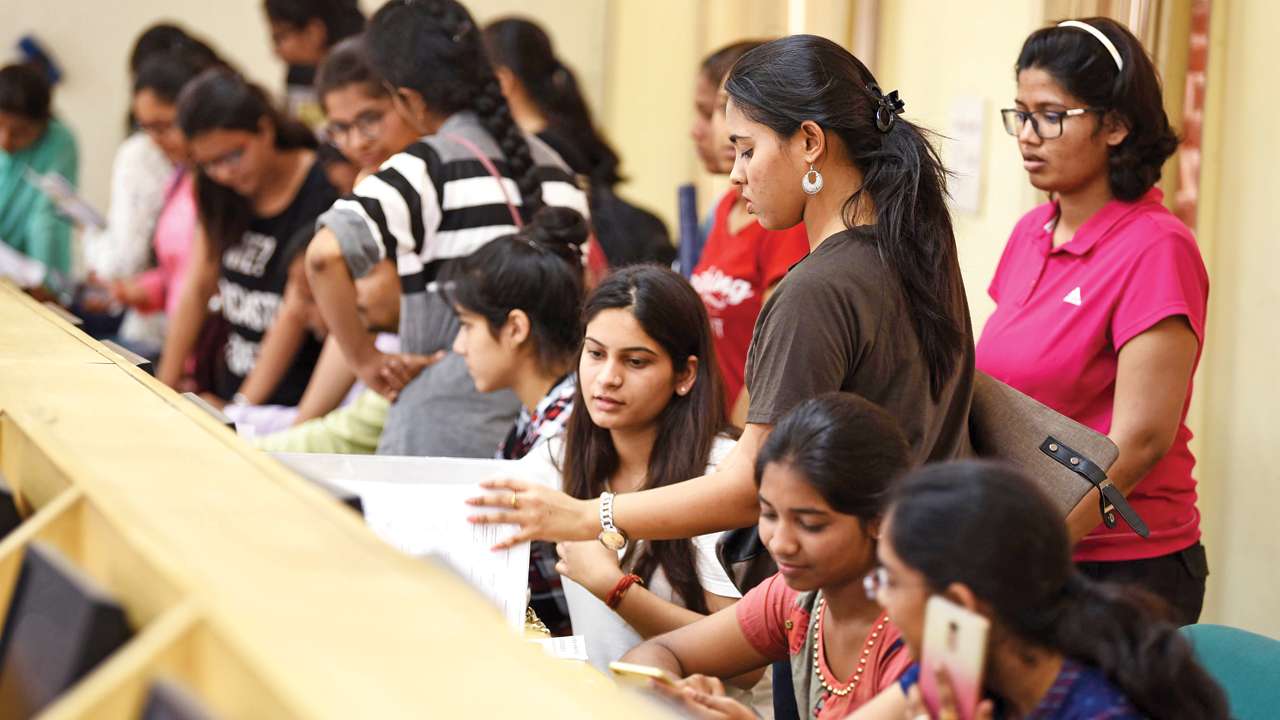 Delhi University has witnessed the maximum number of admission to the B Com courses of its affiliated colleges, with Zakir Husain College having the highest enrollment of students.

As per the data releassed by the varsity, 49,971 admission have taken place so far in its affiliated colleges of which cancellations stands at 8,348 and withdrawals at 1,234.

So far 5,252 students have chosen B com whereas 4,897 have opted for B Com (Honours) and 4,204 students have enrolled into B A (Honours) Political Science, the data revealed.

With 1,611 enrollments in B Com courses, Zakir Husain College has witnessed the maximum admissions followed by Atma Ram Sanatan Dharma College at 1,580 and Kirori Mal College at 1,476, according to the data by the Delhi University.

BA (Honours) History and BA (Honours) Hindi are among the other two popular two courses which have seen 2,683 and 2,279 enrollments respectively so far.

Many colleges under DU have closed their admissions to BA (Honours) Political Science for the unreserved category after the announcement of first and second cut-off lists.

The fourth cut-off list for admission to DU colleges will be released on July 14.