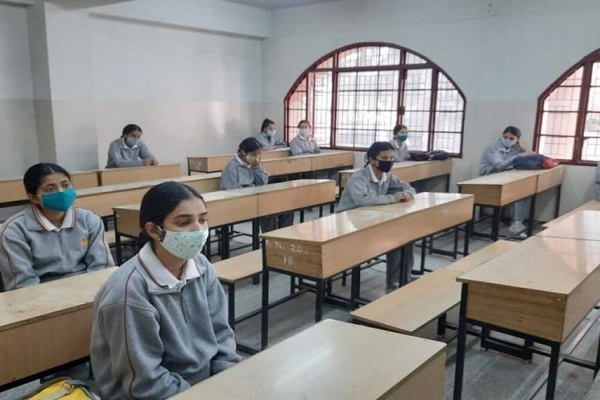 The Central Board for Secondary Education (CBSE) has announced its decision not to cut the curriculum for students in grades 9-12 for the 2021-22 academic year. In the last school year, the board had simplified the 9-12 grade curriculum by as much as 30%, taking into account the pandemic and lockdown situation. Students who have studied the reduced program will take the board exams from May to June 2021.

According to the new CBSE curriculum published by the Board, the chapters and topics that had been omitted from the previous academic year have been reintegrated for students into the official curriculum for the 2021-2022 academic session. CBSE board members also said that the board had previously announced that the streamlining exercise was a unique initiative, as the teaching and learning process was conducted online and other alternatives were considered with the situation in mind at that moment.

Schools across the country were closed in March 2020 before a national closure was declared to slow the spread of COVID-19. Teaching and learning activities were carried out online during the confinement. Although some schools partially reopened in October, many states continued to teach students online as the number of COVID-19 cases increased.

Also read: CBSE orders school to update the list of teachers in OASIS

The council had removed the chapters on democracy and diversity, demonetization, nationalism, secularism, and India’s relations with its neighboring countries. Growth of local governments in the country, etc. However, the chapters selected to be eliminated from the curriculum were rejected by the country’s political parties and a group of academics who claimed that the measure was ideologically driven, although several directors welcomed the measure as a relief to students.

The School Certification Examinations Council of India had announced a reduction in the 10th and 12th grade school board exam schedule by up to 25% in 2021, taking into account the learning disruptions caused by the closure of schools. The program for the new CICSE academic session has not yet been announced.