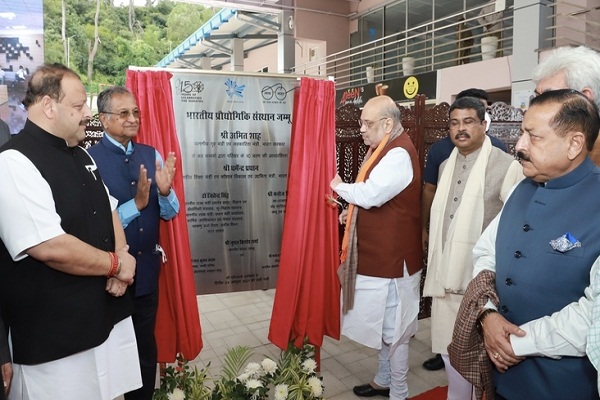 The Union Home Minister, Amit Shah inaugurated the new campus of Indian Institute of Technology (IIT) at Jammu during his three-day visit recently.

The new campus of IIT-Jammu has been built at a cost of Rs 210 crore. It has all facilities such as a hostel, indoor games, gymnasium along with higher education for the students.

The officials said the new campus of IIT-Jammu, built at a cost of Rs 210 crore, has all the facilities like hostel, gymnasium, indoor games, along with higher education for the students. After inaugurating the new campus of the IIT-Jammu, Mr Shah reached the Bhagwati Nagar area to address a public rally.

Shah also attended a public rally last Saturday but due to heavy rain, the rally was on hold for sometime. As the weather improved, the local unit of BJP and administration worked overnight to make the rally a success.