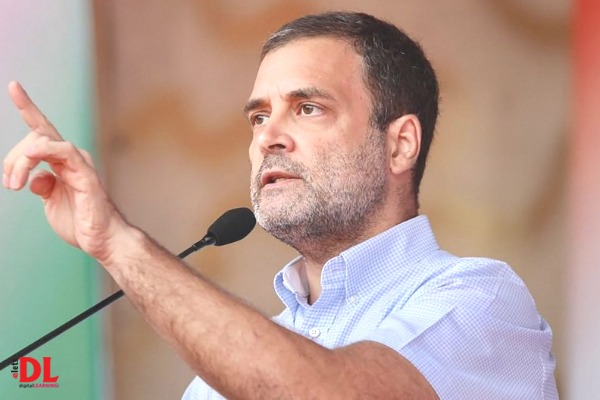 Congress leader Rahul Gandhi labelled the Central Board of Secondary Education (CBSE) as the “Central Board of Suppressing Education” and called RSS (Rashtriya Swayamsevak Sangh) the “Rashtriya Shiksha Shredder”. This was after CBSE dropped some chapters on the Non-Alignment Movement, the Cold War era, the rise of Islamic Empires in Afro-Asian territories, the chronicles of Mughal courts, poems of Faiz and the Industrial Revolution from the CBSE Class 11 and 12 political science syllabus.

While addressing Twitter, the Wayanad MP not only called CBSE the “Central Board of Suppressing Education”, but he also shared an image showing a shredding machine cutting all the eliminated topics like Democracy and Diversity, Impact of Globalisation on Agriculture, Non-aligned Movement, The Mughal Court, Industrial Revolution, and poem of Faiz. Also, CBSE has dropped the topic “impact of globalization on agriculture” from a chapter on “Food Security” in the class 10 syllabus. The translated excerpts from two poems in Urdu by Faiz Ahmed Faiz in the “Religion, Communalism and Politics” section have also been excluded this year. Similarly, in the Class 11 syllabus, the board has dropped “Central Islamic Lands.” The class 11 history syllabus talks about the rise of Islamic empires in the Afro- Asian territories and their implications for the economy and society. All those chapters that focused on the arenas of Islam in reference to its emergence, the rise of the caliphate, and empire building have been cut down by the Board.

In the class 12 history syllabus, the chapter titled “The Mughal Court: Reconstructing Histories through Chronicles” has also been eliminated. However, when asked, the officials stated that the changes are part of the rationalization of the syllabus and are in alignment with recommendations by the National Council of Educational Research and Training (NCERT).

However, this is not the first time that CBSE has taken such a stand. Earlier, in 2020, the CBSE announced that chapters on federalism, citizenship, nationalism, and secularism in the class 11 political science textbook would not be considered while assessing students. This blew the matter out of proportion and triggered a major controversy. However, the topics were restored in the 2021–22 academic session, and they still remain a part of the curriculum.