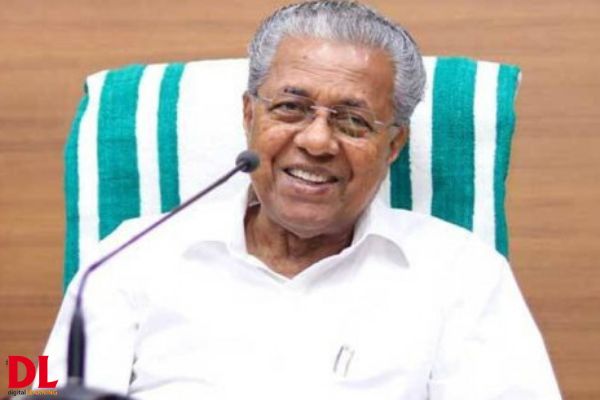 The Kerala Government, led by Chief Minister (CM) Pinarayi Vijayan, plans to introduce a new learning module to raise awareness of growing cyber risks, especially among children. According to the government, this is an effort to promote digital literacy in the state.

The Chief Minister was speaking at Cotton Hills Girls Higher Secondary School, after inaugurating the “Koottu” program, initiated by the state police’s Cyberdome aiming to spread awareness on cyber safety among the children in the schools in the state.

The Chief Minister informed that the initiative will increase awareness and capability for addressing the risks in the online space.

In accordance with this initiative, the government has launched the Kid-Glove Cyber Security for Children, a public awareness campaign run by the Kerala police as part of their renewed attempts to make children aware of the dangers and threats of the digital world.

Additionally, CM Vijayan noted that with the continued growth in smartphone usage in the post-Covid-19 scenario, online education has become an important tool for educating kids and making them aware of the digital world for their future safety and security.

Sharing his views, the Chief Minister of Kerala, Pinarayi Vijayan stated, “The government feels that it is time to launch steps to achieve complete digital literacy just like our literacy movement. We are planning to go ahead with such steps. At present, children are the most vulnerable group in cyberspace and the ones most victimized by the online traps.”

Children are victimised by such traps because of their lack of knowledge and misunderstanding and there were instances of children losing even their lives due to this, the Chief Minister added.

Besides, he mentioned that the state government was advancing with the new digital literacy campaign to educate children about the pitfalls and dangers in cyberspace.

Further, the CM said that it was not appropriate for a social media user to retain a post even if the content was found faulty. Thus, he urged the people who control the social media domain to keep a vigil on such trends.

“As digital technology and online systems are now an integral part of day-to-day life, it is very important to have clear knowledge about all aspects of the digital world,” the Chief Minister added.

The “Koottu” program is a joint initiative of Bachpan Bachao Andolan (BBA) and the state government to stop rising incidents of online child pornography and online crimes against children.

According to an official announcement, the Counter Child Sexual Exploitation (CCSE), Childline, Meta (Facebook), Inker Robotics, MAC Labs, IMA, and the non-governmental organisation Bodhini will assist in the implementation of the Koottu program by Cyberdome and the state police.

Earlier this month, the Indian Computer Emergency Response Team (CERT-In), the Ministry of Electronics and Information Technology (MeitY), Koo, and the CyberPeace Foundation teamed up to launch the joint initiative ‘#CybersKool’ for raising awareness of cybersecurity among Indian youth.

Over the course of the next 11 months, the program seeks to make youngsters and college-level students in India more aware of the need to make social media and the internet reliable, safe, and trustworthy.