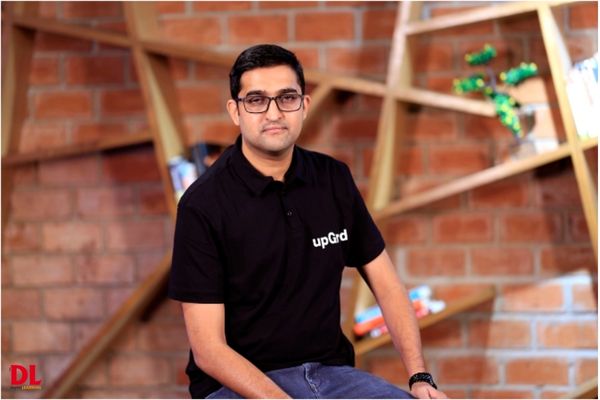 Arjun Mohan, the CEO of Ronnie Screwvala’s influential edtech startup upGrad, announced his decision to leave the organisation in a Linkedin post.

The departure occurs as the nation’s edtech businesses battle a funding shortage and rising losses. In the past year, the edtech industry has experienced thousands of layoffs as businesses underwent reorganisation efforts to reduce expenses and achieve profitability.

upGrad, the edtech platform provides higher education courses in collaboration with many universities and it entered the unicorn club in 2021. upGrad was founded in 2015 by Screwvala, Mayank Kumar, Phalgun Kompali and Ravijot Chugh.

Mohan mentioned in the post that “After almost 3 years at the helm, I have decided to move out of upGrad While I look back on the years at UpGrad, I feel happy about the incredible company we have built which helped so many working professionals upskill. The aspects of growth and other metrics were just outcomes of giving the customers what they aspired for.”

He further explained in the LinkedIn post that“I started my journey in education sector in the year 2008 and believe that still there is a lot more to be done to solve the persistent problems of access, affordability, and quality. So I am in the exploration phase of what I can to do in education next.”

Mohan has earlier worked with BYJU’S, India’s leading edtech giant for over 11 years till 2020.

Despite the financial crisis that hit the Indian startup ecosystem last year, which particularly hurt the edtech industry, upGrad was on an acquisition spree in 2022. Among others, during the year, it acquired Work Better, Exampur, the International School of Engineering (INSOFE), and Harappa Education.

In the meantime, upGrad continues to incur losses, just like many of its competitors. In FY22, it had a standalone loss of INR 568.6 Cr.