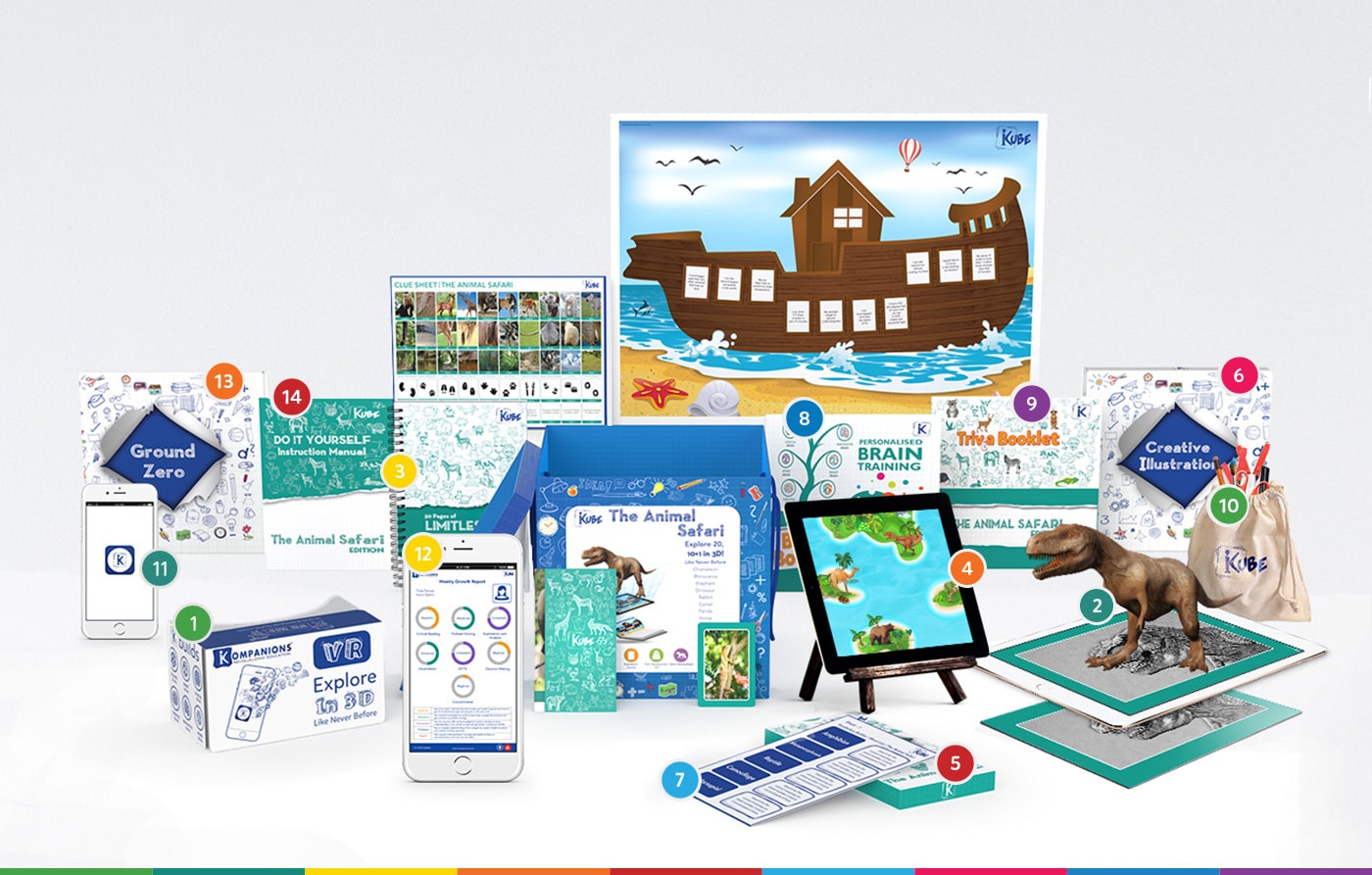 KOMPANIONS, an innovative Ed-Tech-Sci start-up has announced the launch of KUBE or the Knowledge Cube. KUBE is launched with a vision to re-visualize education by bringing back the joy in learning. India’s first 3D educational game box, KUBE is for the children of 3 to 12 years age group. The educational game box is powered by Virtual Reality, Augmented Reality, 3D, Gamification, Brain Booster series and Skill reports to develop scholastic and co – scholastic skills of a child through Brain Training.

The product works on building 20 different skill-sets of a child such as logic, creative thinking, curiosity etc. and helps in developing 6 distinct facets of growth and exploration such as intelligence, logical thinking, language proficiency, creativity enhancement etc. KUBE is available in 8 unique themes, with 4 more to be launched soon. Additionally, there is also an activity kit that packs in physical activities that promotes creativity and imagination amongst kids.

Speaking on the launch, Yuvraj Krishan Sharma, Founder, KOMPANIONS said, “At KOMPANIONS, we firmly believe that true learning happens through exploration and discovery, leading to the ability to THINK. In our effort to bring joy into learning, we have created KUBE. The USP of this product lies in the fact that it packs in several learning elements in one box making learning a journey where one thing leads to another.”

KOMPANIONS’ key differentiator and competitive advantage lies in the fact that most of its existing technology and product portfolio are industry-firsts and therefore have no competition. The company aspires to make learning processes fun, easy and impactful. Other than KUBE, KOMPANIONS offers products and solutions, for both B2B as well as B2C space. It works with schools through 3D Labs, Assessment Architecture, Movie Making, Summer camps and VR workshops. KUBE is targeted at the retail segment.