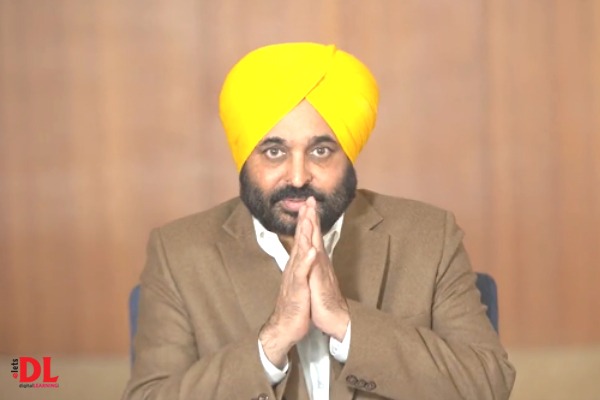 The Punjab government would be replicating Delhi’s education model in the state in order to provide quality education to students from all economic backgrounds. This was stated by Punjab Chief Minister Bhagwant Mann on Monday. Mann is on a two-day tour of the national capital along with senior officers of his government and visited schools in the city to understand the “Delhi model” and replicate it in Punjab.

Delhi Chief Minister Arvind Kejriwal and his deputy Manish Sisodia accompanied Mann to a Delhi government school at Chirag Enclave. “A revolution in the education system is being discussed across the country. We will replicate the same model in Punjab. The country will progress this way by learning from each other.

“It is really a mind blowing experience to see this prestigious school equipped with world-class infrastructure and highly qualified staff to steer the career of young minds through innovative teaching practices. I am highly impressed to see a classroom with paperless teaching where the students are taking lessons on their laptops, “he added.

Mann is accompanied by several senior officers from the school education and the health and family welfare departments of Punjab, who would be taking inputs related to these two crucial sectors.

“Borrowing ideas from the Delhi government, the Punjab government will offer a better environment for its students and teachers to thrive in. Punjab will become the land of job providers and not of job seekers. We will transform the state. It is my word. We will put all our efforts towards Punjab’s progress and growth,” Mann said.