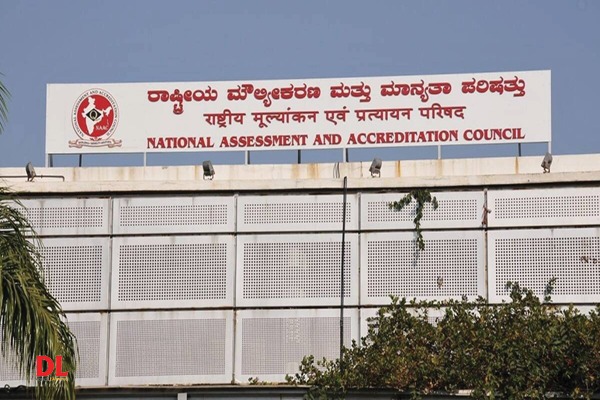 The Government has set up a six-member committee to study the methodology of accreditation of NAAC, NBA and the ranking system of the National Institutional Ranking Framework (NIRF) and identify ways to merge NAAC and NBA to form one system for accreditation and ranking, a key feature of the new National Education Policy launched by the Center in 2020.

The Union Education Ministry has commenced the process to create a single accreditation and ranking system in India by setting up the committee under the leadership of Bhushan Patwardhan, chairman, executive committee, NAAC.

The NAAC is a single government-authorized agency for accrediting colleges and universities, while NBA can only accredit institutions for technical education. Besides, NBA is also the in charge of releasing higher education institutions’ ranking i.e. NIRF annually.

This is a significant step taken by the government which comes against the backdrop of a recent announcement by UGC (University Grants Commission) chairman, Jagadesh Kumar on merging the NEET and JEE Main with CUET-UG. Besides, the Centre is also working to merge All India Council for Technical Education (AICTE) and UGC into a single overarching higher education regulator the Higher Education Commission of India or HECI.

The NEP 2020 has suggested, “setting up a meta-accrediting body” addressed as the National Accreditation Council (NAC). Currently, according to a source, “accreditation and ranking of higher educational institutions take place through multiple agencies and frameworks, which operate independently of each other. We have the National Board of Accreditation (NBA) that accredits technical programmes, while the NAAC accredits non-technical or general programmes. There is the National Institute of Ranking Framework (NIRF), which ranks all the higher educational institutions in India.”

The source further stated, “The NEP envisages the creation of NAC, a body which will ensure the synchronized working of these bodies and align them to NEP goals.”

The committee of the six members selected by the Ministry of Education will study the methodology of NAAC, NBA, and the ranking system of the NIRF for accreditation. To ensure smooth communication between the bodies, apart from preparing a framework to align the three to form the proposed NAC, the committee will recommend a suitable mechanism.

As per the NEP, “accreditation of institutions will be based primarily on basic norms, public self-disclosure, good governance, and outcomes, and it will be carried out by an independent ecosystem of accrediting institutions supervised and overseen by NAC.”

“The task to function as a recognized accreditor shall be awarded to an appropriate number of institutions by NAC. In the short term, a robust system of graded accreditation shall be established, which will specify phased benchmarks for all HEIs to achieve set levels of quality, self-governance, and autonomy,” according to the NEP.