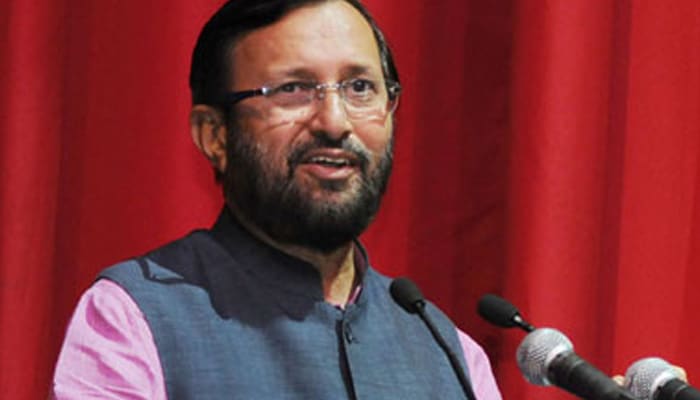 Union HRD Minister, Shri Prakash Javadekar inaugurated IIT Raipur in Chhattisgarh at the campus of Government Engineering College, Raipur. Inaugurating the IIT, Shri Javedkar said that the institute will have its own campus by the time first batch of students obtains degree. He said that to crack IIT entrance test is difficult task, hence all the students who got admissions in IIT deserve congratulations.

Appreciating the ‘Prayas Avasiya Vidhyalaya’ initiative of Chhattisgarh Government, led by Dr. Raman Prasad Singh, Union HRD Minister said that it is a successful and meaningful example of imparting quality education to all specially those who come from disadvantage sections of society. He said Prime Minister, Shri Narendra Modi has emphasized on quality education for all to ensure all round development of the country.

The Minister had interaction with students of Prayas Vidyalaya. He said that it is remarkable that the talented students of Naxal affected districts are being given free coaching in 11th and 12th standards for appearing in PMT, JEE and other competitive exams.

Chief Minister Dr. Raman Singh and Union Minister Mr. Prakash Javadekar jointly lit the lamp and inaugurated the function. This is the first I.I.T. in Chhattisgarh and 23rd in the entire country. The classes will be held at the Shejbahar-based Government Engineering College till the Bhilai campus building is completed. Computer Science and Engineering, Electrical Engineering and Mechanical Engineering classes will commence at the outset. Mr. Jawadekar announced that Mining Engineering course also will be launched from the academic year 2018-2019. He appreciated the efforts of Dr. Raman Singh in expanding the scope of Technical education in the entire state. Centre is extending all possible help to the State in this regard. Dr. Raman Singh said that Bhilai I.I.T. will build the future generations. The main focus is to improve the quality of primary education in the State. All higher education institutes have been opened since the inception of Chhattisgarh 16 years ago. Only I.I.T. was missing and that dream is also fulfilled. Dr. Raman Singh expressed his gratitude to Prime Minister Mr. Narendra Modi and Mr. Jawadekar. The platform had been laid for rapid development of State in the near future.

Mr. Jawadekar congratulated the freshers on entering the campus of I.I.T. They have passed through one of the toughest examinations in the country and entered the portals of higher learning. He expressed the hope that the students will not only bring laurels to Chhattisgarh but to the entire country. He stressed upon the need for research and innovation in the field. Indian youth contributed a lot in the development of Google, Facebook , Twitter, window and WhatsApp. They may not have invented the social media. The Union Minister added that Central Government had allocated Rs 20 thousand crore for research and innovation. I.I.Ts are based on research and innovation. The students can take to Startups on the campus itself.

Dr. Raman Singh said that the record of the 16-year rule of the Government is praiseworthy and great. There is cent per cent success in the field of education. Chhattisgarh is ready to take a giant leap in the field of higher education. The State is an Island of Peace except for few pockets of Naxalites’ violence. The natural beauty and forests will entice anyone. The State is way ahead in fiscal management, mining resources and Gross Domestic Production. The State is expanding roads’ network and electricity production with the co-operation of the Central Government. Roads are being laid with an investment of Rs 42 thousand crore. Mr. Jawadekar played an important role in the early clearance of these projects. Students from various parts of the country have joined the local I.I.T. Dr. Raman Singh praised the role of Mr. Jawadekar in making efforts to improve the quality of higher education.

There are 118 students (105 boys 13 girls) in the current academic year at Bhilai. I.I.T. is being mentored by Hyderabad I.I.T.