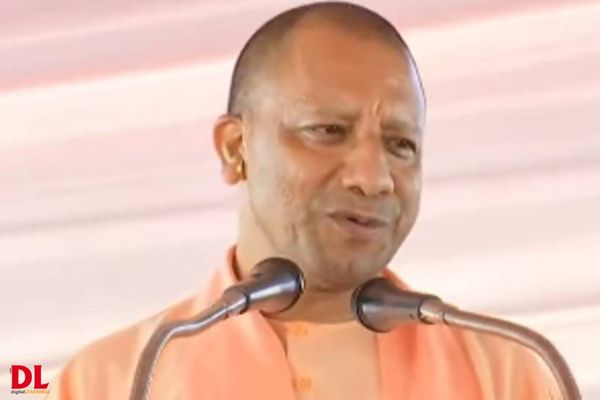 Honouring teachers on the occasion of Teachers’ Day, Chief Minister Yogi Adityanath on Monday said that the recognition given in the form of an award brings additional responsibility to the school teachers for contributing to nation-building.

“With this award, your competition with yourself has also started. After getting awarded at the state level, you must perform consistently well as the results of the student also depend on your performance,” said CM Yogi.

Paying tribute to Dr. Sarvapalli Radhakrishnan on his birth anniversary, the CM said that education can be a powerful medium for building modern India, adding that Dr Radhakrishnan was awarded the highest civilian award of India, the Bharat Ratna for his services to the field of education.

To honour the unique contribution of some of the finest teachers in the state, Yogi Adityanath conferred the State Teacher Award 2021 on 75 Basic Education Department teachers on the occasion of Teacher’s Day at an event held at Lokbhawan, Lucknow.

CM Yogi also transferred stipend and escort allowance to girls of Kasturba Gandhi Schools as well as differently-abled children under ‘Samarth Programme’ (total of 1.02 lakh students) through DBT. Moreover, the CM launched ‘Pahuch’, ‘Pragyan’, ‘Pankh’, ‘Parakh’ and ‘Pehchan’ portals, which are related to the programmes of the Department of Secondary Education.

At the same time, the Chief Minister virtually laid the foundation stone of 39 new high schools and 14 inter colleges. MoU between the Secondary Education Department and Skill Development Mission was also signed on the occasion.

Stating that no work should be considered ‘menial’ or ‘inappropriate’, Yogi said that he saw no harm in teachers joining students to sweep the floors in order to maintain cleanliness at the school.

“The National Education Policy implemented by PM Modi in 2020 will boost India’s status in the field of education”, said CM, and expressed his happiness over the awards being given to the teachers of Basic Education.

NEP-2020 focuses on both theoretical and behavioral aspects, aiming at complete development of students. Through the new policy, the Prime Minister seeks to realise the potential of every child by honing their special skills. This will establish India as a world leader in education, the CM pointed out.

The CM said that when he took charge as chief minister of UP, the secondary school exams were on, so he urged the then Deputy Chief Minister of the state Dinesh Sharma to do an inspection of some schools and ensure that a cheating-free exam is conducted.

“We also set a target to ensure no cheating in any exam in 2018. Around 56 lakh students appeared in the cheating-free exams conducted in the state”, Yogi said.

On transparency in recruitment process, the CM said that their government conducted fair recruitment of 1.26 lakh teachers in Basic Education whereas vacant posts of 40,000 teachers were filled in secondary school.

“In July 2017, we started the School Chalo Abhiyan and positive results were seen. Before that, only 1.34 crore students were enrolled in Basic education, now it has reached 1.92 crore which is proof of its success,” he remarked.