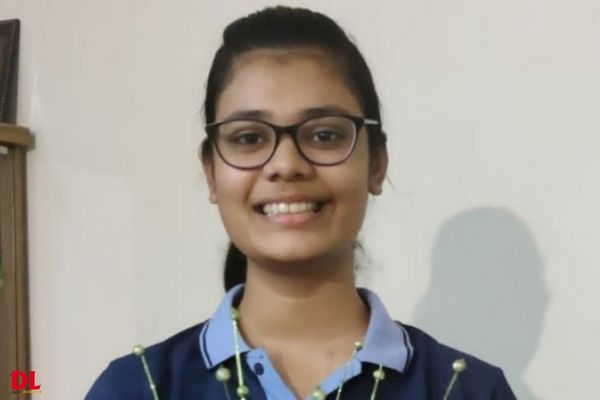 The Joint Entrance Examination (JEE Advanced) 2022 result was declared on Sunday, September 11. Tanishka Kabra who has secured AIR 16 and topped in the all-India female category, secured 277 marks out of 360 marks and became the IIT Delhi Zone Topper as well.

Tanishka aspires to pursue an undergraduate (UG) programme in computer science from IIT. She said, “Listen to what other people say, but choose the preparation strategy that works the best for you”.

“I believe in small wins, “I feel small milestones keep me motivated and help me stay the course in the long run. But a lot of students don’t have short-term goals. They focus only on JEE Main and Advanced. I think it is not advisable”, Sharing the success strategy, Ms Kabra said.

Tanishka has done his preparations for JEE examinations from Aakash BYJU’S.For the JEE 2023 aspirants, Taniska’s suggestion is to do preparations by appearing in national level exams which give students a chance to compete with students from across the country and give them an all-India ranking.

She further added”Exams can also give one an idea of where he or she stands in studies. Students also get the much-needed exposure to Multiple Choice Questions, the evaluation method preferred by many competitive exams around the world”.