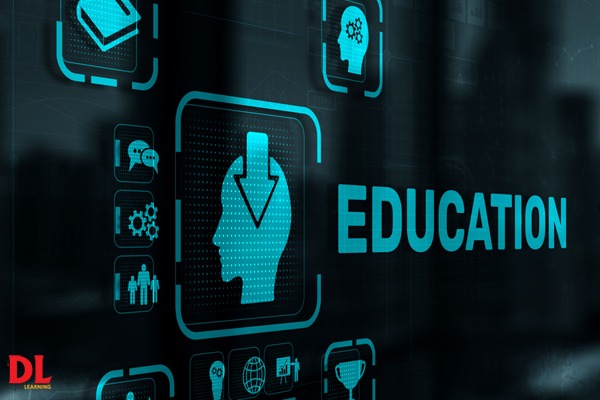 Initiatives and impetus given to developing education in the state of Telangana are driving a noteworthy change.And these initiatives are spanning all classes, subjects, age groups, and streams, encompassing the entire education ecosystem. Garima Pant of Elets News Network(ENN) explores the various measures and their impact on the evolving education system in the state and how the educational institutions maintained academic continuity during the pandemic.

T he last few months have seen heightened activities in the state of Telangana under the education umbrella, with a slew of reforms catalysing a spree of change.Be it the reformative Professor Jayashankar Badi Bata programme that had directed the government and local body schools to increase the enrolment in their respective schools or undergraduates in the state engineering colleges getting an opportunity to study courses in Artificial Intelligence and Machine Learning. These courses will be taught in autonomous government degree colleges in the state along with courses on gaming, creative writing, and animation.Sensing the need to reform the education system from the primary to the higher segment, extensive efforts have been undertaken, and measures have been introduced to create a well – rounded learning landscape.

The state government has been able to successfully understand & amp; identify the pulse of the present system and fill the gaps to accelerate the growth of the education sector to meet the current demands and also have an industry – ready workforce.Identifying the crucial role technology is playing today and in the times to come, the state government has been introducing relevant courses and programmes in the region to give students much – needed exposure.

As the country recovers from the massive pandemic blow that pushed every sector backward, including education, the Telangana government allocated Rs 16, 043 crore to the education sector for 2022 – 23, compared to Rs 15, 608 crore the previous year in the budget early this year to accelerate the growth of the segment.A total of Rs 13, 727 crore has been allocated for school education and Rs 2, 357 crore has been allotted for higher education, with a vision and mission to flow in reforms.Noteworthy to mention that to provide quality education to poor students, 1, 000 gurukulam schools were established across the state.Five lakh students were being provided education by spending Rs 6, 000 crore.Also, Mana Vooru Mana Badi programme was taken up with Rs 7, 200 crore to strengthen schools in the state.

Furthering the efforts, Rs 3.5K cr is also allocated for Mana Ooru Mana Badi scheme where schools across the state will undergo a revamp in three phases at a cost of Rs 7, 289 crore.As detailed by an official communication, almost 9, 123 schools under the scheme will be revamped in the first phase.As part of the scheme, the government will focus on development across 12 points — electrification, drinking water supply, furniture, minor repairs to schools, painting, green chalkboards, retaining walls, construction of kitchen sheds, extra classrooms, dining halls in high schools and toilets with water facilities.The budget had also allocated Rs 100 crore for a women’s university that will be established by converting the Koti Women’s College into a university.

According to another latest & noteworthy announcement, Gajwel constituency represented by Telangana Chief Minister K Chandrasekhar Rao(KCR) will have a massive educational hub with advanced amenities.The Telangana government has sanctioned Rs 126.28 crore for implementing this project.To be executed by the Telangana State Education Welfare Infrastructure Development Corporation, the hub would have classes from Class VI to post – graduation in English medium on a single campus, an official communication stated recently.

Listing more details, the official release said that there will be two separate educational hubs for boys and girls built on 40 acres and 20 acres, respectively.These hubs will accommodate spacious classrooms, dining halls, libraries, and laboratories to the highest standards.Additionally, an auditorium accommodating 1, 200 students will also be constructed and the entire project would have a total built – up area of 4.59 lakh sq ft.The government also plans to build similar educational hubs in some other districts, the release stated.

The measures taken by the state government have yielded positive results across segments.Government schools in the state recorded fresh admissions of 1, 60, 755 children, mostly from private schools, encouraged by the Professor Jayashankar Badi Bata programme and also the up – gradation of infrastructure by the government schools in the region.The rise in numbers can also be attributed to the introduction of English medium education in the schools and the basic amenities being provided by the state government under Mana Ooru Mana Badi programme.Prime Minister Narendra Modi too, had said that the Centre was trying hard to set up a science city in Hyderabad and encourage technology and innovation along with giving priority to education in the mother tongue.If people study technology and science in Telugu, it will create Atma Nirbhar Bharat.

Earlier this year, Telangana Chief Minister K Chandrashekhar Rao had announced in the Assembly Session that the state government will bear the expenses incurred for the education of over 740 students who have returned from war – torn Ukraine to complete their medical studies in India.State government officials have also been looking to replicate the best practices in the field of education from across the globe.

The global pandemic had disrupted the education sector across the globe, making a vast number of institutions to switch to the online mode of learning to maintain academic continuity.Proving to be an opportunity in adversity, the pandemic allowed for the acceleration of digital adoption across sectors including the education sector.

It is notable to mention here that the Department of Intermediate Education of Telangana had initiated a slew of measures at the time of the pandemic without losing any academic year.According to official statistics, 5, 300 Junior Lecturers were trained for 15 days by ICT Training Programme under CSR by Cognizant, Adobe & amp; Nirmaan(an NGO) to prepare Digital Lesson Content preparation and Online teaching methods, tools & amp; Apps, in July 2020. The digitised lesson content and all the classes were telecasted through Doordarshan and T – SAT. 70 % syllabus was tele casted through 3, 181 video lessons in theory & amp; practical during 2020 – 21. Further, 6 new courses started from the academic year 2022 – 23 onwards as per need in the industry and trend.Vocational courses were also introduced at the degree level by the department.

Riding on the progressive measures introduced by the state education department, the education landscape in the state is looking to touch a new horizon of growth in the times to come.

It was Napoleon Bonaparte who said, “An army marches on its stomach”. Similarly, quality education can be provided with state-of-the-art infrastructure. In the modern age, when information technology, the fourth industrial revolution, and cutting-edge research determine education, it is inevitable to provide good infrastructure.
The lack of proper facilities including buildings, labs and toilets has been plaguing the education sector for long. The Rashtriya Uchchatar Shiksha Abhiyan (RUSA), a scheme under the Ministry of Human Resource Development, Government of India has come as a boon. RUSA State Project Directorate has availed the funding to the optimum and Telangana has the distinction of being one of the few States in India to have utilised the funds effectively. Dr. Soundarya Joseph, Project Officer, RUSA Telangana says, “Several colleges in different districts of Telangana were upgraded, thanks to RUSA.” She further adds, “There has been a shift in the mindset of people resulting in a rise in enrollments.”
There is a direct correlation between quality education and infrastructure. Capacity building is another aspect that helps in ensuring good education. RUSA Telangana has been able to reach out to all corners of the state in upgrading colleges and universities.
All this has been possible due to a strategic plan for developing the model based on equity, access, and excellence. To attain excellence it is paramount that equity and access are given. The Government of Telangana is leaving no stone unturned.