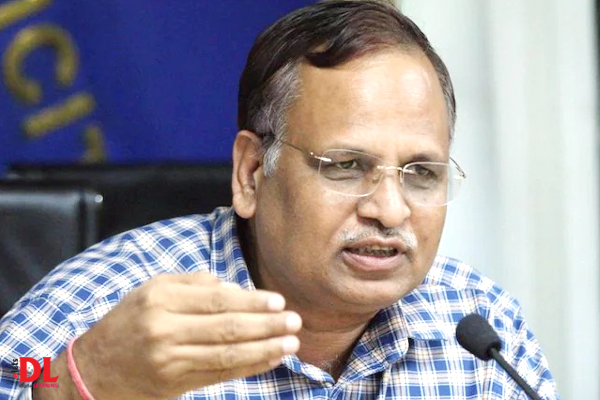 Aiming to boost the healthcare sector for infrastructure and workforce, the Delhi government has decided to set up a ‘world-class’ medical college in Dwarka. The admission process to this Medical College would start from 2025. This was announced by the health department on Friday.

Apart from the medical college, a 600-bed maternal and child care hospital equipped with state-of-the-art facilities will also be built on the campus of the Indira Gandhi Hospital in Dwarka Sector-9 to ensure better infant care.

Delhi Health Minister Satyendar Jain said the Arvind Kejriwal government is working continuously to provide better health facilities to citizens and reinforce the public health infrastructure. “The number of beds in government hospitals would increase rapidly during the next few years. We are also working to expand the capacity of various hospitals. The Kejriwal government is committed to its goal and is dedicated to serving the people, which is why affordable and quality healthcare is being provided to people of Delhi,” he said in a statement issued by the health department.

The Delhi government has decided to set up a medical college with the Indira Gandhi Hospital. The campus will be built in Sector 17, and it will boost the city’s healthcare infrastructure along with helping Delhi to emerge as a leader in the field of medical education, it said.

In the initial phase, only MBBS courses will be offered. However, courses for other medical degrees, including MD, MS, DM, etc., will also be offered after some time, it said, adding that special emphasis will be given on research, along with studies. Admission to this college will be done through NEET by the National Testing Agency on 125 seats in the first session.

The admission process will be completely transparent, and the faculty will also be of high standards, the statement said. The Indira Gandhi Hospital in Dwarka is a city government-run hospital which has the same facilities as that of a private multi-speciality hospital, the health department said. Delhi Health Minister Jain said there has been a major overhaul in the city’s healthcare infrastructure over the last seven years. Not only is infrastructure developing in the medical field, but “new doctors are also being prepared and trained, and the number of beds has also increased”, he added.

He asserted that the establishment of the new facility will enable Delhi to create a new “army of doctors”, and the college would also provide employment opportunities to students who dream of becoming doctors but have failed to secure admission due to “exorbitant fees of private medical colleges”. Special attention will be given to research at the Indira Gandhi Hospital, along with studies, so that it “emerges as a powerhouse of research and innovation”, he said.